Have you played mini-golf lately? 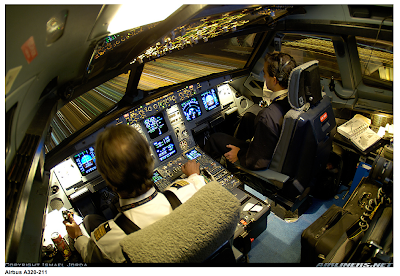 Ever wondered what the pilots see while coming in for a landing at a busy airport?
Isn't it just the worst to find out you've got the window seat, then realize that the wing blocks your view of anything interesting?

Take a look at this list of 10 really cool photos of airplane cabins in different situations - from night landings like the image above (by Ismael Jorda, link inlcuded in the top 10 list), to acrobatic airplanes with nothing but the ground above and the sky below (upside-down).

View the top 10 list, along with links to the original images here
http://www.canadabizmart.com/bootstrapper/collection/spectacular-cockpit-photos/
Posted by Mark Sylvester at 4:44 AM No comments:

Barcodes can be art too!

Barcodes. Those simple series of little black and white lines that let you scan things in at a cash register.

These things. Not very exciting, right? 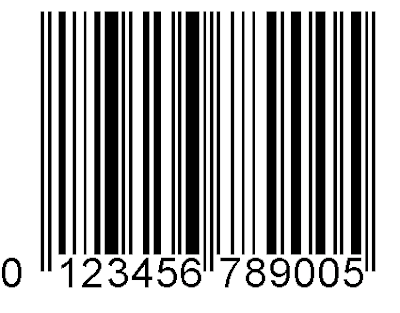 Wrong. How about this instead? 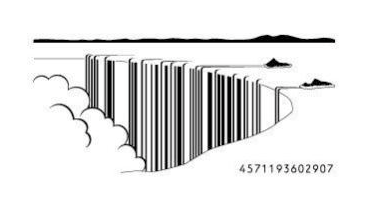 "In Japan nowadays, artistic barcode labels grace everything from soup to nuts. The theme typically matches the actual product inside but just as often it doesn't. No matter, the theme is secondary to the thoughts of the artists who, though limited by the need to retain the barcode label's original purpose, still have enough leeway to surprise and delight." 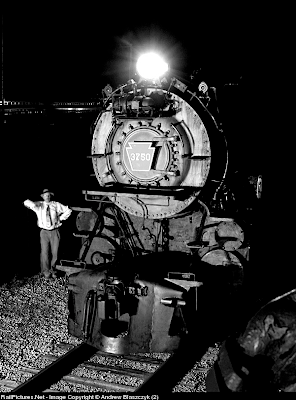 "Part II of my "K4's from Above" series. While the others chose to set up their tripods on the ground, the photographer took the opportunity of being inside the gates to climb up PRR 6755, the M1b 'Mountain' locomotive. With very few flat surfaces on the top of the locomotive, a shirt and a hoodie would be used to sturdy the camera."
Posted by Mark Sylvester at 1:50 AM No comments:

Its the 25th. . . which means its time for Christmas in July!
So, enjoy a dose of good ole' winter!
Posted by Mark Sylvester at 1:21 AM No comments:

Posted by Mark Sylvester at 2:23 AM No comments:

Posted by Mark Sylvester at 5:19 AM No comments:

I will be on vacation this coming week, so there will only be three posts next week. After that, I'll return to my post each weekday. Sorry for the delay!
Posted by Mark Sylvester at 4:32 PM No comments:

Posted by Mark Sylvester at 4:31 PM No comments:

New posts coming soon . . i promise.
Just a bit of a scheduling snag :(
Posted by Mark Sylvester at 12:02 AM No comments:

How records are made

No, not birth record.
No, not criminal records.
Musical records. Those black spinny thingies that you play on a turntable. 45s. 33s. 78s.

In case you're wondering why this is important, record sales are making a bit of a comeback. Up until the advent of MP3 players, buying music meant that you actually owned something - you had a physical record, then an 8-track, then a cassete, then a CD. But when you download a song, you're lucky if you're purchasing more then a few electrons to be written on your computers hard drive.

There's something about actually owning the PHYSICAL music - records aren't digital, they're the physical impression of the sound that they've recorded. Some people say they sound "better" then CDs or MP3s. I don't know weather or not I believe that (I've yet to actually get someone to help me do a blind test - I've got a turntable, a Boston album 33, CD, and MP3.)

One of the best reasons I can think of for a good comeback of records is the record sleeve. I mean, CD album covers are tiny - about 5 inches square. You can do the greatest album cover in the world, but its going to loose detail when printed that small. It's a whole other ballgame when your album art can be printed 12x12 (the size of a 33 1/3 RPM record.).
Posted by Mark Sylvester at 9:50 PM No comments:

Where the Hell is Matt?


http://www.blogger.com/img/gl.link.gif
I know I embedded this video, but it actually gets better. . .Youtube is offering this video in high

quality, so click the video, go to the youtube page for it (http://www.youtube.com/watch?v=zlfKdbWwruY) and click "watch in high quality" right below the bottom right corner of the video. It's MUCH better, and a feature that will hopefully be on ALL youtube videos soon. Going back on topic. . . . .

So, if you're wondering just who in the world this guy is, how he managed to travel around the world, and why he's dancing on the internet, check out his "about me" page here

and check out his homepage here
http://www.wherethehellismatt.com/
Posted by Mark Sylvester at 9:41 AM No comments:

Posted by Mark Sylvester at 4:25 AM No comments: 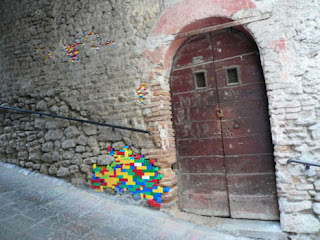 "...Artist and lego enthusiast Jan Vormann went around the quiet little town of Bocchignano, Italy filling its decrepit walls with lego pieces. The work was done as part of an Italian group project “20 Eventi.” A group of artists developed projects in the Sabina region to create a open-air museum that spans four villages."

Information (and ofc more photos) from here
http://gizmodo.com/5014234/artist-repairs-walls-in-italy-with-lego-bricks
Posted by Mark Sylvester at 2:08 AM No comments:

more cat pictures
Posted by Mark Sylvester at 1:27 AM No comments: 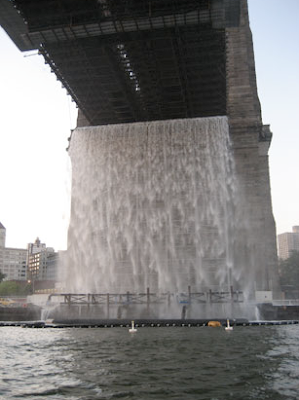 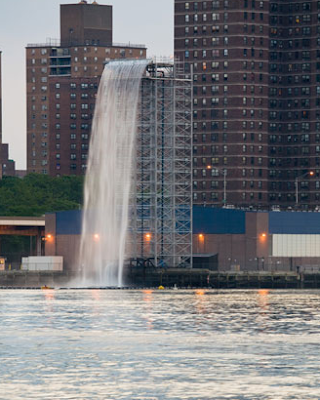 "The New York City Waterfalls was conceived by artist Olafur Eliasson.
Eliasson was born in Copenhagen in 1967, and grew up in both
Iceland and Denmark. He attended the Royal Danish Academy of
Fine Arts in Copenhagen and currently divides his time between
his family home in Copenhagen and his studio in Berlin. Throughout
his career, he has taken inspiration from natural elements and
phenomena to create sculptures and installations that evoke
sensory experiences. "

"What inspired Olafur Eliasson to make the Waterfalls and to
build them in New York City?

Olafur Eliasson has been traveling to New York since he was a
student in the late 1980s, and he is inspired by the waterways that
surround and flow through the City. The Waterfalls address his
interest in highlighting our relationship to our environment. The New
York City Waterfalls integrate the spectacular beauty of nature into
the urban landscape on a dramatic scale. While Eliasson has built
waterfalls before, he has never created them on such a grand scale. "


Read more about the four man-made waterfalls (pumping almost 2 million gallons of East River water each day), where you can see them, why and how they were made, and where you can view them from here

(All quotes and images from http://www.nycwaterfalls.org/ )
Posted by Mark Sylvester at 4:30 AM No comments:

Time for a little bit of an "automotive" link here :P
I found this blog with even examples of cool golf cat modifications, like the firetruck below
(from http://www.streetrodproductions.com/firetruck.php ) 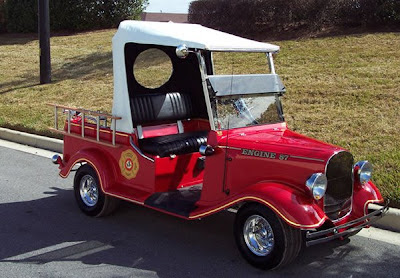 Check out the other examples (including a bentley, a bus, a Hummer, and more) here
http://jalopnik.com/396587/
hot-rods-fire-trucks-and-more-seven-crazy-golf-cart-mods
Posted by Mark Sylvester at 5:49 AM No comments:

more cat pictures
Posted by Mark Sylvester at 4:05 AM No comments:

See more funny videos at CollegeHumor
Posted by Mark Sylvester at 4:36 AM No comments: